A client today asked, “Why wouldn’t a marketer want the broadest possible distribution for their material?”

It’s certainly a legitimate question. Observe how many marketers dream and scheme to have their message go viral. Wouldn’t we all want our brand to be tomorrow’s water cooler topic? Pharrell Williams wore a preposterous Dudley Do-right hat to the Grammy Awards Sunday night, and Arby’s tweeted that they wanted their hat back. Water cooler gold, baby. 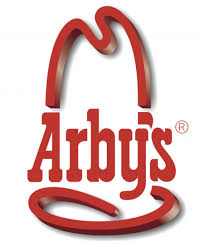 That tweet was a welcome boost for Arby’s, whose audience (people who’ve never tasted real food) is a large and omnipresent tribe. 100,000,000 Americans at least, we’d guess. The potential market for your product or service is likely not as massive or geographically dispersed.

In the absence of a viral magic moment, reaching large numbers of people requires large buckets of money. So most brands wisely avoid the great budget drain: waste circulation. Your budget is finite; fish where the fish are. The more you truly understand the bullseye of your target, the more efficient your messaging. Demographics are crucial, of course: gender, age, location, ethnicity, income – put your knowledge to work to avoid the “never-gonnas” who will waste your time and budget. But you should also study psychographics: attitudes, aspirations, self-definitions, priorities.

Which brings us to the Nigerian dictator’s widow.

You’ve seen it many times: a spam email from a “distressed” person (always portrayed as a female BTW) who begs your help to transfer a massive amount of money. You (lucky, lucky you) can come to the rescue, in a way that seems only slightly larcenous. The story, spun out, makes you an offer that nets just under ten million dollars. Something for nothing; please respond.

Almost all of us dismiss the scam without a second thought, of course. But there are documented cases of some gullible soul who lost his life savings, if not his life, stepping into the obvious trap, buying a plane ticket to Lagos. A banker friend reports that a customer (presumably one who drives cars, votes and handles sharp objects) will come into the bank every few months, clutching a printout, asking if this email could be real. At least they are dimly aware they should ask.

“How could anyone be that stupid?” is the question most often asked – but far more interesting is “Why is the setup so obviously ridiculous?”

The answer again is waste circulation.

The scam is so childishly absurd that 99.999% of us ignore it. And that’s the point. If the scammer sends out this bait to say, five million people, and only one in a million is idiotic enough to believe it, voila! Five suckers, ready to be fleeced. If the “deal” was slightly more plausible, such as a promise of $4000 instead of $10,000,000, they might have dozens or even hundreds of tire-kickers to sift through to get to the genuine morons.