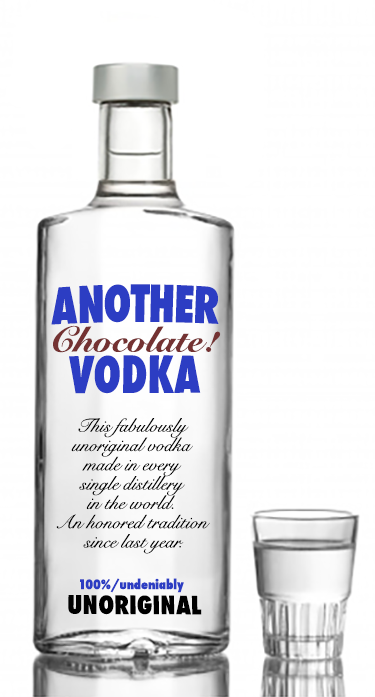 That results in a flood of failures.

The team (and it’s often a committee, isn’t it?) puts on blinders, and the limited vision imposed by the words “create a new product” results in an abysmal and expensive failure rate. A failure of imagination triggered by failures of process.

Process failure #1: They rarely consider the possibility of a grander vision, creating not just a new product but a new brand. They’re even less likely to dream of creating a so-called blue ocean concept, creating a first-in unique category they could dominate.

Process failure #2 is researching what the market wants. The market does not know what it wants – until you show it to them. It’s the difference between asking focus groups to create – versus react – to something. Even using focus groups at all is dubious. Committees are not creative. Don’t ask a focus group to paint a painting. Iterative one-on-ones where you can go into depth with motivations are usually more productive.

Process failure #3 is the change-one-attribute launch. It’s a line extension dressed up as a new product. Sure it works sometimes, but the batting average is way below the Mendoza Line.

Process failure #4 is the “juice in the jug” starting point, which we discussed previously in connection with antiperspirants and vodka. A well-meaning team starts off in the R&D lab, getting the product contents right, aaaaaaand then finding out how to make the market want it. We strongly advocate turning that upside down: perfect the messaging to make people salivate first, and then engineer how to make it. (Those clever dudes in R&D can make chocolate vodka – that’s the easy part, since more than 100 of them already exist.) Since a brand is the cumulative perception of the marketplace, creating perceptions should be square one, yes? Unfortunately, most organizations do the opposite, leaving the crucial persuasion issues until late in the plan.

Process failure #5 is the we-made-it-because-we-can fallacy. Going on safari to find a market for your widgets can be a very expensive error. Listen to Peter Drucker’s ghost:  make sure there’s really a market before investing the first dollar to plan production.

There’s no sure-fire stone cold lock magic formula to new brand success – but we can certainly help you restructure your processes to improve your odds. Talk to us.