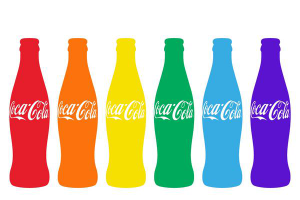 The twitterverse lights up, flags are raised and torn down, dancing breaks out in the streets. It seems society’s attitudes, behaviors and standards are changing at 7000 RPM.

Some other revolutionary changes are less obvious, but equally important for those of us who communicate to persuade audiences.

Language change is a prime example. When “marriage equality” replaced “same-sex marriage” as the name for the issue, the battle was half won, amirite?

Come to think of it, the use of not-yet-dictionaried “amirite” is a nod to snarky commenters everywhere, although it might puzzle one’s elders.

Acceptable contemporary language evolves at three speeds. Slang changes on the hour, relevant memes rotate monthly, and what’s no longer “shocking” is by our estimate a 10-year slow bake. You lose points when you’re wrong on any of these three: “yo dude” is soooooo yesterday, “remain calm and …” passed three stations beyond overuse, and what’s acceptable to say in polite company is morphing.

Credit or blame television for the latter. Time-travel back a decade to hear what’s bleeped out by the censors. You’ll probably find it quaint. Delorean back to today: the contrast between what can be uttered (or shown) on network tv versus basic cable vs. Game of Thrones is a shalt-not list in a blender. Predicting what will be acceptable speech in 2020 requires future vision that’s 20:20. Or a flux capacitor.

The point for communicators is a lesson in continuous adaptation. Of course. As ever. Refusing and resisting change may lead to being perceived as “quaint,” which is a giant step into irrelevance and futility.

Merely embracing change is your second-best choice. Grudgingly accepting what you can’t control may be less than heroic, but it’s at least prudent.